“Artificial intelligence will be overhauling the way companies operate.” 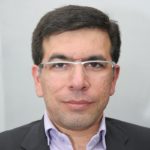 Rennes School of Business professor Hamid Mazloomi specialises in innovation and strategy. As the head of the school’s Innovation department, he explains how AI can be harnessed by companies to create value, in particular by enhancing their “prediction accuracy”, and shares his thoughts on integrating it into a company, and maximising its use.

How is AI being used in companies today?

First of all, it should be noted that AI has revolutionised our everyday lives, just as electricity and computers once did. AI will be impacting on everything, overhauling the way companies operate. What’s clear is that ‘data is the new oil’!

The biggest progress AI has made is in collecting and especially processing the data that companies once had no idea how to use. Algorithms create a significant amount of raw material from which knowledge can be extracted. As an example, when eBay began using AI to incorporate automated Spanish translations of product descriptions aimed at the South American market, the company’s sales rose by 20%. This would have been simply impossible to achieve, had they not used AI.

“At Amazon, the point of AI is for consumers to receive their deliveries before they’ve even had time to consider placing an order”.

Another example is the agri-food sector. Every year, the equivalent of 200 billion dollars of food is thrown away. AI has improved the agri-food industry’s supply chain processes by accurately predicting what supermarkets’ needs are. The real advantage of AI is just that: prediction accuracy. Amazon is one of the world’s biggest investors in artificial intelligence. At Amazon, the point of AI is for consumers to receive their deliveries before they’ve even had time to consider placing an order.

Do you have a concrete example of the kind of prediction you mean?

One striking example is the strategy used at Californian start-up Zume Pizza. Its founders set themselves the goal of toppling the market’s leaders, and they used big data and robotics to do so. Their pizzas are prepared and cooked in smart ovens inside the delivery trucks, but most importantly of all, the company knows what pizzas will be ordered based on demand in a given neighbourhood, on any given day of the week, based on weather conditions, TV programmes, or even local sports events. This data allows them to calculate exactly how many pepperoni pizzas will be ordered in Los Angeles on a Tuesday, for example.

In financial terms, what kind of sales does AI generate?

We’re in a transitional period, in which technology is out-performing humans without us being able to precisely measure by how much. This is the paradox of productivity, which first emerged with other technologies. Essentially, we know that companies’ productivity will increase thanks to AI, but we don’t yet know when, or to what extent. Several factors will be coming into play: a wave of complementary innovations, organisational changes and the development of new skill-sets. But just like the Internet and online shopping, AI will be overhauling the way companies operate.

How can we help companies incorporate big data into their practices?

At Rennes Business School, our teaching philosophy focuses on the ‘why’ behind using artificial intelligence. The first step lies in understanding the AI ecosystem, machine learning, and the data itself. Once you’ve grasped the potential inherent to the algorithms, you can then feed it data to analyse. In my classes, I explain that there are two complementary aspects: on the one hand is automation and process improvement, and on the other is AI seen as a series of innovations that will boost performance in existing technologies. This aspect is particularly interesting, as it profoundly alters the way in which companies work. It is this that allows companies to disrupt old markets, and create a ‘bridge of innovations’.

Use of data on a mass scale also raises a few ethical questions.

Correct. At our school, we remind students that they are simultaneously potential users of data, and providers of data themselves. Misuse is a very real issue: a photo on Facebook – even if it is only uploaded for an hour – is stored by Clearview, a facial recognition company. We emphasise the importance of respecting intellectual property rights, and not misusing data.

Take things further: get trained up in AI